Geoff Page Racing has built its reputation over many years of working across the spectrum of motorsport, particularly with Group B Rally Cars and Turbo Formula 1 Cars. Geoff, a championship winning racer himself, has been personally responsible for many race winning cars and engines at the highest level of motorsport around the world.

Our experienced team’s expertise has been gained through working with many works and other top level teams (and their subcontractors) across the many specialisms that exist in the motorsport world. 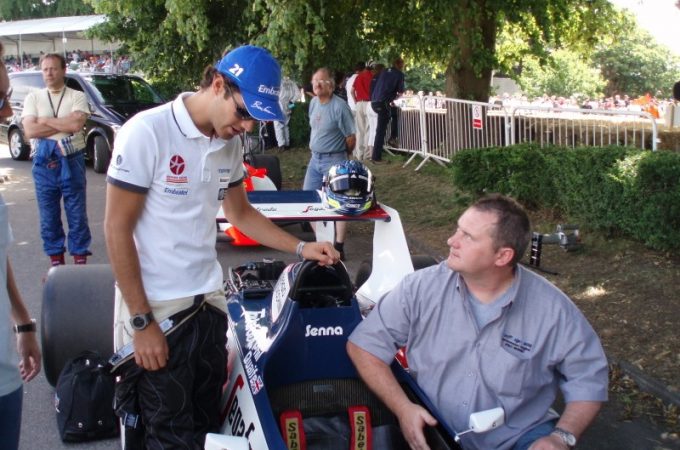 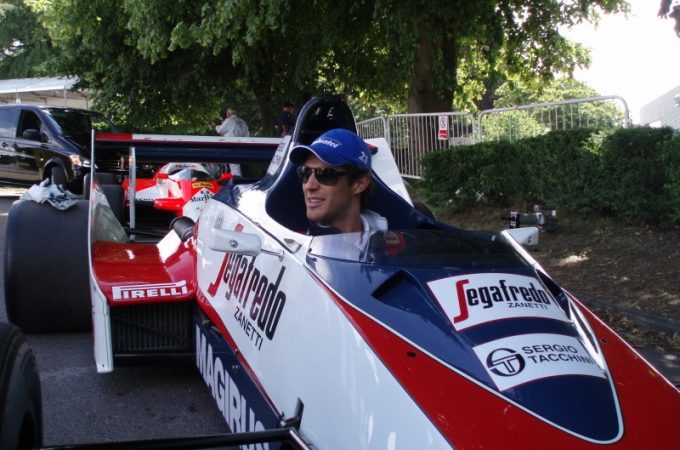 Bruno familiarising himself with his uncle's Toleman-Hart 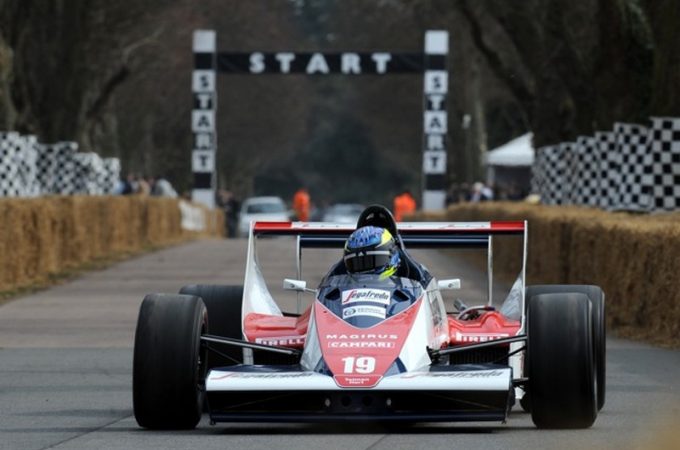 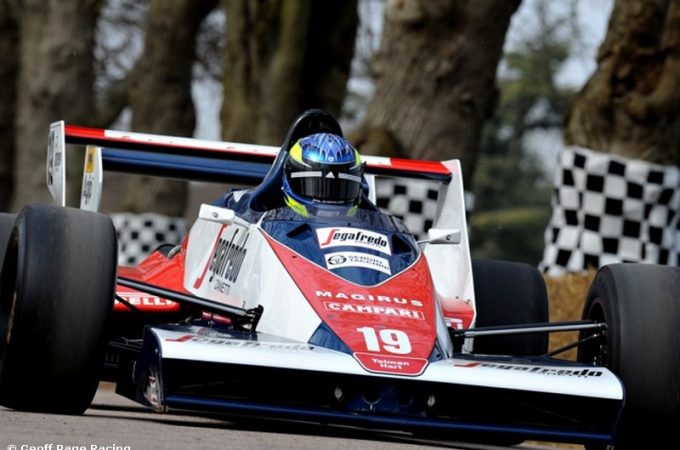 With a well established network of specialist suppliers we are able to source many components which are no longer made. In many cases, where original parts can no longer be sourced, we can remanufacture components to resemble the originals as closely as possible. These often incorporate more modern technology to increase longevity.

We strive for perfection on every piece of work we do. This, coupled with our vast experience and excellent reputation, means our customers confidently depend on our engines to provide ultimate performance whilst remaining strong and reliable. Our team of specialists, headed up by Geoff, take great care to ensure the most thorough and best possible car preparation.

With a well established client base, many of whom are collectors, we are often on the lookout for projects to buy on their behalf. Whether you have an incomplete Arrows A9 or a Metro 6R4 in bits, we can probably put you in touch with a buyer. As well as projects, we also regularly broker sales of cars on behalf of our customers.

The story behind Geoff Page Racing

Geoff Page was born in Derbyshire and his ambition, from a very early age, was to be a Formula 1 mechanic. His first step into the world of motorsport was in karting, helped by his father Desmond, which he began aged 13. He graduated through various classes, including the Junior National 100cc Road & Racing Championship and, at the age of 16, was the youngest driver to compete in the Short Circuit 125 World Cup at the famed Morecombe race circuit. In 1984, at the age of 21, he finished 2nd in the British 125 Kart Grand Prix at Silverstone from a field of 120 entries. 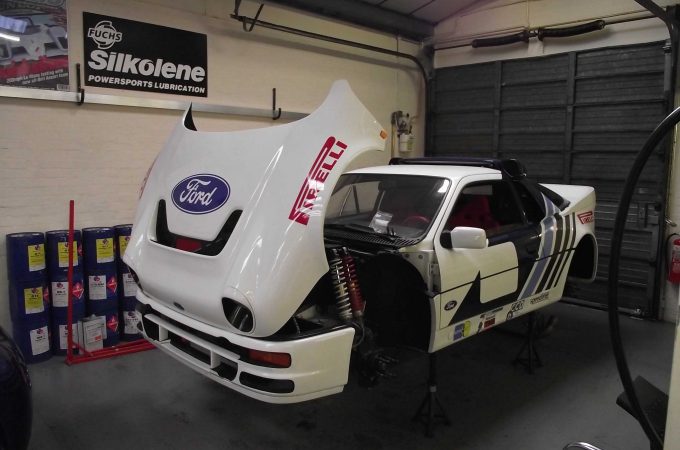 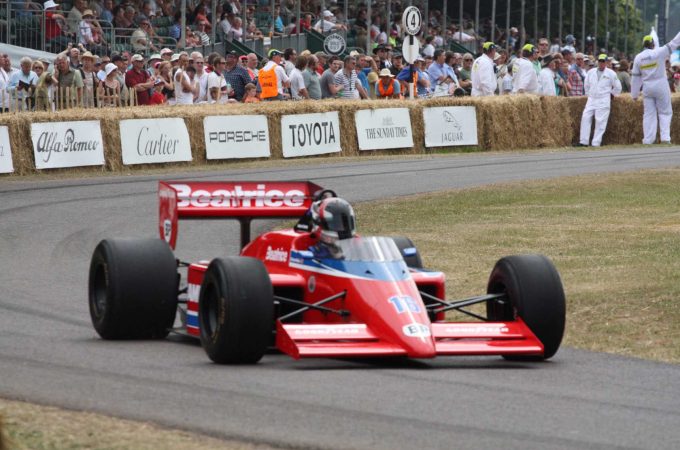 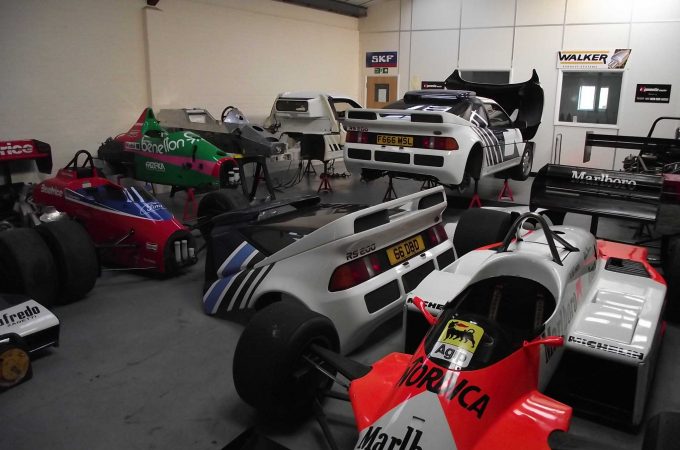 During the early 1980’s Geoff raced various types of cars including Formula Ford 1600 (off the back of his karting success he was offered a ‘works’ 1600 drive with four individual teams including Van Diemen) and the Fiesta one-make series as well as testing in Formula Ford 2000.

Geoff started work, while still living with his parents in Derbyshire, at a small garage business run by Ray Harris, one of karting’s innovators from the 1960’s and early 1970’s. While working for Ray, Geoff rebuilt and serviced many road cars and some sports cars. At the weekends Geoff would share Ray’s race truck, enabling him to transport his 100 Junior National Kart and later his short circuit Deavinson CR125 Honda outfits along with Rays Short Circuit 250 International Kart to various events.

After his family moved to Essex, Geoff started working with famed car builder Alan Collins building and maintaining C, D & E-type Jaguars. It was at this time, as Alan was one of Terry Hoyle’s good friends, that Geoff got to know Terry and, after doing night shifts for him for some time, Terry offered him a job. Back then Terry’s company ran the Ford RS200 engine programme for Ford’s Boreham ‘works’ team and Geoff had the opportunity to gain an unbeatable reputation for his knowledge of these cars. Whilst with Terry he also gained extensive knowledge of the Metro 6R4 and the Audi Quattro A1 and A2 engines, working on the engines for Austin Rover and for David Sutton’s Audi Sport UK programme.

Toward the end of 1984 Geoff was hired by Tyrell’s F1 operation, beating off 156 other applicants for one of three posts, and during the 1985 season was partly responsible for the first Tyrell F1 turbocharged car, the 014.

Throughout the 1985 season Geoff kept in contact with Terry Hoyle and after the season ended went back to work for Terry where he was responsible for a variety of engines and racing programmes including Group B & A engines, BDG, BDX, DFV, DFL and various Ferraris. He also went back to working on the RS200, mainly for Rallycross, as well as the Group A Sierra Cosworth for Boreham, helping to develop the YB engine for Cosworth. It was Geoff that built the first ever RS500 engine.

Following his success with the Cosworth engines, he was lured away to work for David Mountain, founder of Mountune, where he was responsible for part of their WRC engine programme, travelling all over the world looking after customer engines.

Geoff then took the decision to go it alone and set up East Coast Racing in Witham, looking after many quality customers and their cars, including Ford, handling RS200 engine warranty work, and running the RS200 IMSA programme run out of Brooklyn, New York. As this work diminished, an opportunity came to work with Gordon Spooner Engineering doing race and rally car preparation and, later, Janspeed doing car building for the British Touring Car programme.

A Janspeed colleague tipped Geoff off about a possible vacancy with Pacific Grand Prix to run and maintain the Cosworth ED engines for the team. As luck would have it, Geoff knew the person doing the interviews (Team Manager Ian Dawson) and was offered the job without interview based on his reputation alone. He stayed with them for the 1995 season but it was a very tough season and the company folded at the end of it. But it did bring him to the attention again of Brian Hart, the engine builder, who took him on once Pacific Grand Prix closed. Brian already knew of Geoff from the Evolution RS200 engine programme that Brian had done with Ford. Geoff worked for Brian during the 1996 Grand Prix season. His job was to run and maintain the Hart 830 V8 3.0 litre engines for the Arrows team throughout the season. This necessitated him going to all the F1 Grand Prix races and tests to provide the track support for these engines and to maintain customer liaison with the Arrows team. Brian Hart was also responsible for the 2.1 litre 550bhp BDTE engine as fitted to the Evolution version of the RS200. The position here came to a natural end and Geoff went back to work for David Mountain where he stayed for several years.

In 2007 Geoff felt the time was right to set up on his own again and Geoff Page Racing was formed. Because of his excellent reputation for engine rebuilds and car restoration, there has been a steady stream of Group C, WRC and historic F1 cars through the doors, for either engine maintenance and rebuilds, or authentic historic chassis restoration, often tastefully updated to run with a modern management system.